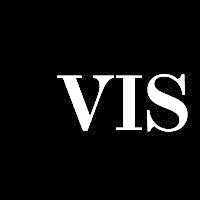 I am the Chief Marketing Officer at Terratino Incorporated, headquartered in Dallas, Texas. I am a business architect consultant helping small brands and businesses scale their structures through design thinking.

In the field of Music, my nationalistic compositions stand out, such as the Pasillos from the Escenas Ecuatorianas series, I contribute to musical composition sites and specialized blogs with research articles and papers on various matters. I publicly premiered more than 15 works of mine and have participated in academic, traditional, and sacred music recitals alongside renowned artists. Finally, I have performed works by Mozart, Bach, Beethoven, Liszt, Morton, Longhair, and Roberts, among others, in various styles varying from Renaissance to jazz.

Kreathink® Business Development started as a design studio with which I successfully delivered projects for Casa Brasil®, Only® by Exofrut®, Fundación Terranueva, IMDQ, Coperor Capital®, InterRe®, Tranquility Health®, Berkeley® Music School, TexCaz®, Sterling Treaty Re®, among others. I am a teacher and workshops facilitator. I participated as a guest speaker in national and international congresses like Cromía, Innova 2017, MetroDesignWeek, UPCycling, SID8, Creative Mentoring by El BuenTrip®, Congreso Internacional de Diseño, Networking DC, and Diseño en Palermo by Universidad de Palermo.

I have been a mentor in some international missions on topics like entrepreneurship, design, design thinking, applied technology, and business and personal image management in the United States, Kenya, and Argentina. My professional career took me to be General Director of Communications, and also to be in charge of the Research Department, at the Metropolitan Design Institute.

I am currently Chief Marketing Officer at Terratino Inc. headquartered in Dallas, Texas; participating as a member of the Governing Board helping design, organize and manage the company’s products and services. Finally, I love supporting small brands and businesses achieve their own goals.

«Creativity is my technology
and innovation my philosophy» 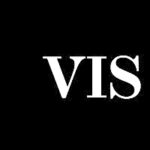